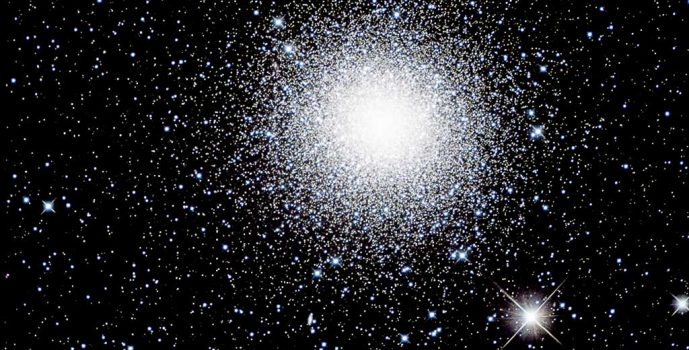 This is M13, the great globular star cluster in the constellation of Hercules.

This is the largest globular cluster that we can see from the northern hemisphere, containing hundreds-of-thousands of stars. Globular clusters are some of the most fascinating heavenly objects because they contain some of the oldest stars, even maybe older than our Milky Way Galaxy. Several hundred clusters like this, orbit around our galaxy.

By the way, this image isn’t finished. The color balance isn’t right, but it’s a step forward in my quest to get my remote scope in New Mexico working properly. It’s been way more challenging than I expected because it’s insanely complex. Every small change that I would have made has to be relayed to a support person who is there to make that change. Then, I log in to test it. It’s getting there though.