Richard Whitehead has always been passionate about everything he does. Ever since childhood, growing up in the UK, he’s had a passion for the night sky.

“No matter what’s going on in the world, ” he says, “one can always look up and wonder at the sheer scale of the universe.”

He followed his interest in imaging to earn a degree in Radiography (X-ray photography) but these days his focus has shifted from inner space to outer space. In the business world for many years, he traveled extensively and wherever he roamed he always carried a camera. 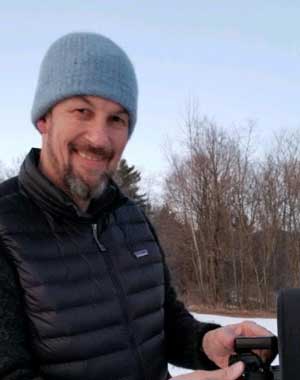 “I’ve learned that a  potential image is fleeting and then gone forever if you don’t capture it,” he explains. “After a long career in business, I decided the two strands should cross. I still take terrestrial photos, but my new passion is astrophotography.”

He loves the scientific aspects, but more than that he loves the art.

“Astronomical images fascinate me because these wonderful, beautiful objects are there all the time, but in many cases, we just can’t see them. They are simply too faint.”

That’s where long exposures come in. Sometimes a deep space photograph requires many hours of exposure time and an even greater amount of time to create an image that consists of as many as 350 seperate shots. With every image published here on the site, he’ll try to give visitors some idea of the background story of the object and a further explanation of how the image was captured.

Richard is also passionate about music and fast motorcycles. He will hopefully touch on these as well.

“I hope to share this passion and enthusiasm with you. Thanks for joining in the adventure.”